It all started in the closing weeks of 1898. Louis Renault was celebrating his 21st birthday, he chose the occasion to launch his new automobil: RENAULT Type A. Type A had 270 cc engine (1,75 hp) and a three-speed gearbox, it could carry 2 people at 50 km/h (30 mph). Type A was based on the DeDion quadricycle.

1899 was the year when Renault Fréres opened at 10, Avenue du Cours, Billancourt. Renault Frées participated at the Paris Autoshow which was held 12. June with 2 different models: Type A and B. Type B had a 450cc engine and it was available a carriage-type of coupé .Both engines were air-cooled. This year 76 vehicles were build, and 110 people were working at Renault Fréres. 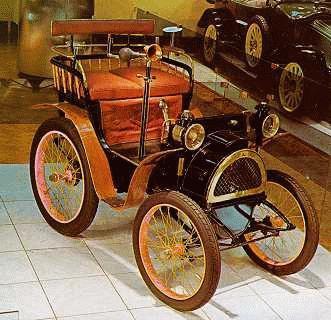 1901 the Renault range expands to include the models D and E. The firts international licensing contract is signed, with an assembly plant in Belgium. At the 4th Paris MotorShow Renault sells its entire 1902 production output in advance

Renault files a patent for an engine supercharger system. 1903 Renault Fréres participitated in the the Paris-Madrid race which was a disaster, ten drivers died including Louis' brother Marcel. Louis was shocked and he withdrew all his cars and the race was later stopped by the French government. 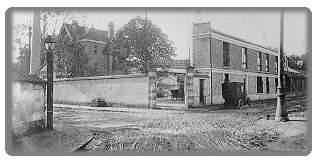 1906 the Chevalier de la Légion d'Honneaur was conferred on Renault for his work to develop the motor industry.

1909 Fernand Renault dies, Louis Renault is now alone owner of the Renault Fréres and since there were no fréres left he changed the the name to Les Automobiles Renault.

1914The First World War breakes out and the famous "Taxis de la Marne" make a historic contribution to victory over the German troops at the battle of the Marne, by helping transport 6500 soldiers to the front. Les Automobiles Renault produces tanks, ambulances and aircraft engines for the Allied Army. After the war Louis got another Chevalier de la Légion d'Honneaur medallion for his contribution for the war efford.

1917 The first prototype of the FT 17 rolls of the production line and the Defence Ministry places an order for 100 units, later increased to 1100 units.

1922 the Les Automobiles Renault ceased to exist and the Sociétè Anonyme de Usines Renault was born. This year yet another model was introduced: 6CV, which had a 950cc engine (18hp).

1924 Renault sets up a finance company: DIAC so that Renault dealers can offer easy-payment schemes for sales of vehicles and equipment.

1925 the diamond symbol becomes Renault's official logotype, it was first seen on the hood of the 40CV. 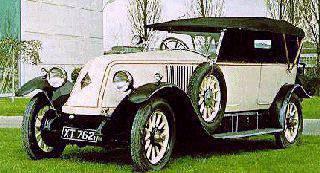 40CV From this year brakes on all four wheels was standard on all Renault cars. Renault NN was introduced and it was a car which "never" broke down. George Estienne chose Renault NN when he crossed the Sahara in January 1927. Estienne's trip of almost 17000 km (10000 miles) was completed without any mechanical breakdown - even without changing a plug.

1927 Monasix is presented. It was equipped with 6 cylinder engine (12,5 hp). It wasn't very popular though, since the engine was too small and already next year the engine was changed to a 4-cylinder, much lighter engine and it showed to be a right decicion, for instance the Taxi of Paris ordered several Monasixes. Untill 1962 these cars were seen in Paris, and most of them had been driven 1 million km!!!

Even a model called Vivasix was introduced the same year, and it was sold "including bumbers". The Viva was designed for motorists requiring a fast, roomy, comfortable car. It could be fitted either with 5- or 7-seater coachwork.

1930 the Nervastella is launched, it takes the first three places in the Morocco Rally 1932 9 different models were in production, Monaquatre was introduced (1300cc 4-cylinder engine).

1938 Louis visited Berlin and saw the Kraft durch Freude (read VW beetle) prototype and he was quite impressed . When he came home he started immediately plan a French KdF.

When the World War II started in 1939, it stopped the production of the civilian cars. A couple of Juvaquatres, Primaquatres were produced which all were equipped with hydraulic brakes. As all the French companies, even Renault were forced to work for the Germans but Louis let the production slow down as much possible.

During the war the work on a French KdF did go on in secrecy, and it resulted that the first prototype of the 4CV saw the daylight on the 23. December 1942.

1942-43 the Allies bombed the Renault factories and almost 80% of the machines and raw-material was destroyed. 1944 Louis was arrested for collarobation with the Germans. During the investigation he was placed at the Fresnes prison. He died there 24. October. There are many stories about what he died of, some suggest that he was poisoned, others say that he was sick even before, I guess we will never know...