Olds Motor Vehicle Company, Inc., the oldest unit of General Motors Corporation, is organized by Ransom E. Olds with capital of $50,000 (5,000 shares of stock at $10 per share) and the first Oldsmobile is produced.

Olds Motor Vehicle and Olds Gasoline Engine Works of Lansing merge to form Olds Motor Works. This new company is incorporated on May 8, 1899 with $500,000 capital. The first factory specifically for automobile manufacture in the United States is built by Olds in Detroit on Jefferson Avenue East. 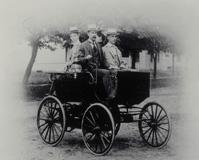 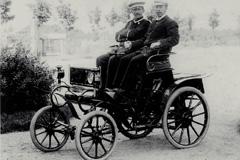 The curved-dash Oldsmobile becomes the first American car to be manufactured in quantity.

Buick Motor Company, founded by David Dunbar Buick, is incorporated on May 19, 1903. Ground is broken for the first Buick engine plant on September 11, 1903, with funding from Flint Wagon Works, and operations are moved from Detroit to Flint.

Cadillac produces the Osceola, a single-cylinder favorite of Henry Leland and the first step-in closed-car design. The body was built under the supervision of Fred J. Fisher (who later founded Fisher Body with his brothers) in the Wilson Body Company plant in Detroit. 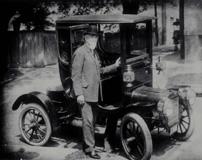 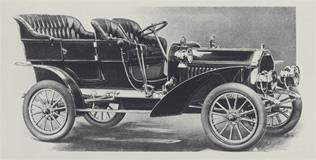 The Oakland Motor Car Co., predecessor to Pontiac Motor, is founded by Edward M. Murphy on August 28, 1907 in Pontiac, Michigan.

Oldsmobile becomes the second company to join General Motors when Olds Motor Works is sold to GM on Nov. 12, 1908.

Fisher Body Company is incorporated on July 22, 1908, by Albert, Fred and Charles Fisher and located in Detroit.

Cadillac wins the Dewar trophy of the Royal Automobile Club in London for demonstrating interchangeability of parts, a basic element in mass production.

General Motors purchases a half interest in Oakland Motor Car Co. on January 20, 1909. When its founder, Edward Murphy, passes away the following summer, his company comes under the full control of General Motors. In 1932, the Oakland name is dropped from the vehicle line and Pontiac becomes the name of the division.

General Motors purchases Cadillac for $5.5 million on July 29, 1909. Henry M. Leland and his son, Wilfred, are invited to continue operating Cadillac. They do so until 1917, when they leave to form Lincoln Motor Co.

Bankers turn down William Durant's request for a loan to buy Ford Motor Co. for about $9.5 million.