The Bricklin is a gull-wing sports car that was manufactured primarily from Detroit parts in 1974 through early 1976 in Saint John, New Brunswick, Canada for exclusive sale in the United States.

There were 2854 cars built before Bricklin went bankrupt. An estimated 1500 still exist today. Bricklin International (BI) reports 570 active members with cars on the road and in restoration.

The single model built was given the designation SV-1, for Safety Vehicle 1. It had a built in roll cage, side guard rails and shock absorbing, 5-mph bumpers that receded into the car. It was not only safe in an accident, but had the power and handling to avoid one. The Bricklin far exceeded safety requirements of the time.

Like the DeLorean which came after it, the Bricklin was a futuristic vehicle which was well liked by owners and the automotive press, but was never produced in large enough numbers to be profitable. Bricklin owners have a club which publishes a quarterly magazine and sponsors yearly meets on the east and west coasts. 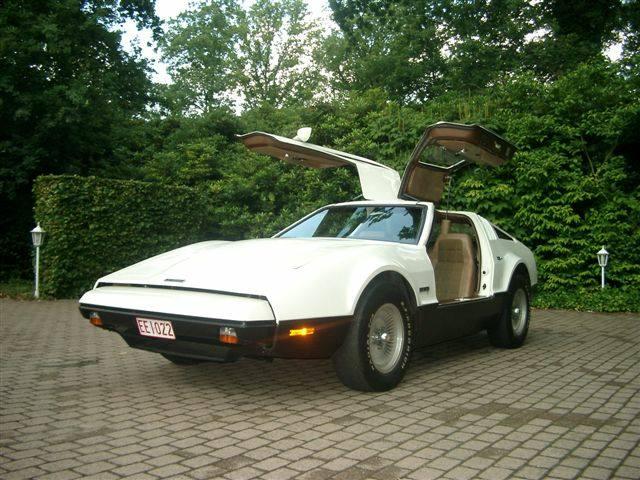